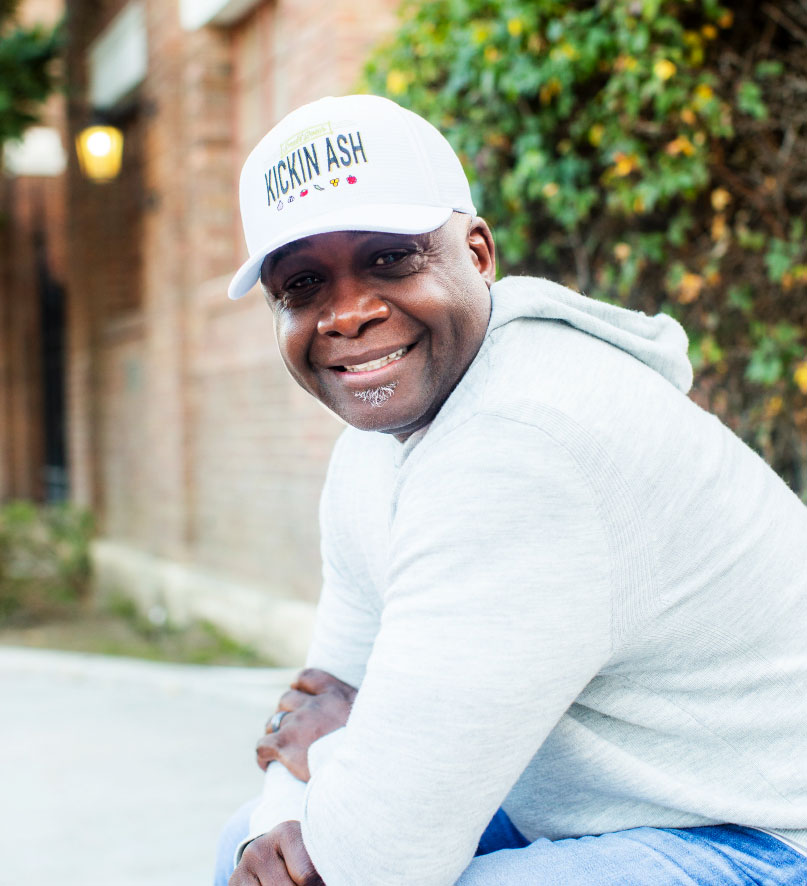 Richard Henderson has a passion for creating things. He’s always coming up with new ideas and inventions (He swears he had the idea for “Uber” before Uber did!)

Born in Arkansas and raised in Bakersfield, Richard grew up in a large family where cooking was a necessity. He spent many hours in the kitchen with his mom. Being from the south, she loved to cook, and specialized in sauces. Naturally, she passed this love of sauces on to Richard. As a result, when Richard became an adult, cooking wasn’t a chore for him, it was a passion.

Richard called himself a “backyard cook,” and experimented with different grills and smokers to perfect the meats he loved to prepare. Once, at a weekend gathering with friends, a local chef challenged Richard to a “rib throw down.” Three judges were selected from the gathering and the contest was on. At the final tasting all three judges agreed, Richard’s ribs excelled in all three categories: presentation, tenderness, and taste. When asked what made the difference in his ribs, one of the judges said, “The ribs were really good, but that was some Kickin A$ barbecue sauce!” With an appropriate change in spelling, Kickin Ash BBQ Sauce was born.

In the months that followed, when he wasn’t working at his “day job,” Richard was working on perfecting his sauce. Friends, family members, and anyone who was willing to give it a taste were his testing crew. And because to Richard, no one is a stranger, he had no qualms handing out samples to anyone, any time, any place. (Often to the embarrassment of his family!) When requests for more began to pour in, he knew he had the right recipe.

In 2020 Richard retired from his day job and now devotes himself fully to Kickin Ash BBQ Sauce…and whatever next big idea he comes up with!

In the News & In the Kitchen

“A good BBQ sauce can make you look like a grilling genius! In this new Tailgating Challenge, we check out the new BBQ sauce that

“Are you kidding me? No way!!!” LOL! Watch Bigg Jon Quick mix up a Kickin Ash Bloody Mary on his Biggs Golf Talk show. Now

Richard Henderson, the founder of Kickin Ash, hates to fly. Unless he’s had a good Bloody Mary first! After perfecting Kickin Ash he thought, “This

Kickin Ash is Kickin It!

7 days after the first cases of Kickin Ash were delivered to Bakersfield’s Wood-Dale Market, over 200 bottles had been sold. Six months later Kickin

Richard’s Ribs That Started It All

Richard called himself a “backyard cook,” and experimented with different grills and smokers to perfect the meats he loved to prepare. Once, at a weekend

Accept no substitutes when it comes to your barbeque sauce.  Kickin Ash sauces are authentic, sourcing the highest quality ingredients along with our passion for creating incredible BBQ sauces.